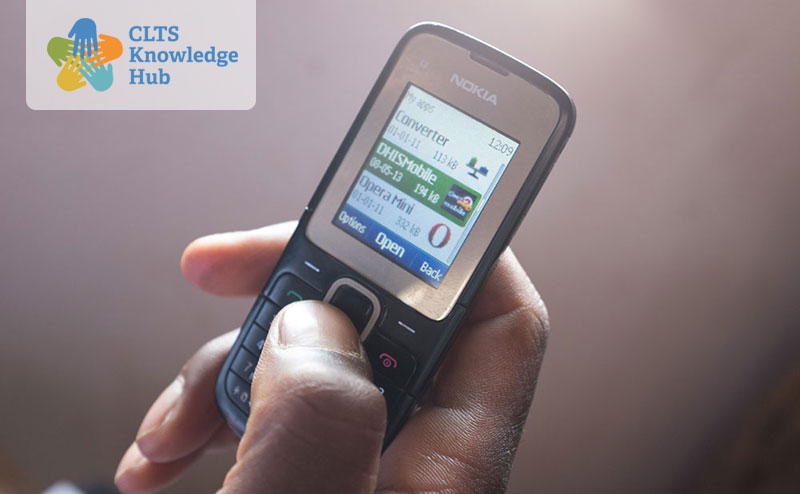 Tracking the construction of latrines

By Andy Prinsen & Alexis Barnes on June 7, 2016 in News, Water and Sanitation Health

Monitoring is always an important part of the development process, especially in CLTS. What are the factors and milestones we discuss when it comes to improving Water, Sanitation and Hygiene? We discuss Open Defecation Free status (ODF). We discuss uptake of handwashing with soap. We also discuss the construction of latrines. All of these factors can be indicators that will point to improved sanitation standards and the potential reduction of diarrheal disease. But how can we monitor and evaluate these indicators in a regular, timely, and accurate way?

Recently, the Government of Zambia and its partners implemented a system to track one of these factors – the construction of latrines – at a local, granular level, meaning the collected data can be sub-divided with information about each latrine, helping policy-makers know what type of improvements to implement in each area. Using the District Health Information System (DHIS 2), the same system the country uses to track things like malaria indicators and community-level trachoma prevention, everyone using the system can now see where latrines have been built and where they are lacking.

“DHIS2 is one of the few systems that enables simple feature phones to report directly into a central database that enables users to build custom dashboards from all levels, live feedback mechanisms, and custom reports,” said Scott Russpatrick, Informatics Manager at Akros [www.akros.com]. “It’s also free and open source to use, which is essential for ministries to sustain the system beyond the lifetime of donor projects.”

Decision makers at the provincial and national levels can now layer this data on latrine construction over the top of maps depicting diarrheal disease issues reported at clinics around the country, creating a visual representation of the best places to send added support. Using DHIS 2 to track information like latrine construction is possible for other countries and locales, bolstered by the fact that DHIS2 is a free piece of technology provided by the University of Oslo [www.dhis2.org].

What has made this program truly innovative, however, is the impact that community health workers (called Community Champions in Zambia’s sanitation efforts) have had on reporting accurate, timely data directly from the field via mobile phone.

“The champions use feature phones for their day to day communications and this makes training them in DHIS2 much easier,” said health informatics officer Mwamulimba Aaron Mutinta. “The trainings are usually done not far from where the CCs would be doing their routine jobs and we tackle such challenges they may face in their data reporting, like connectivity issues.”

The greatest feature in the use and application of DHIS2 on the ground is the impressive fact that these community champions work voluntarily.

“They are agents of change in their community and it gives them the drive and pride to report on their communities accurately and regularly,” said Mutinta. Alexis Barnes is a communications and advocacy Global Health Corps fellow at Akros. Previously a NYC-based journalist, she has interests in development, sanitation issues and human rights.