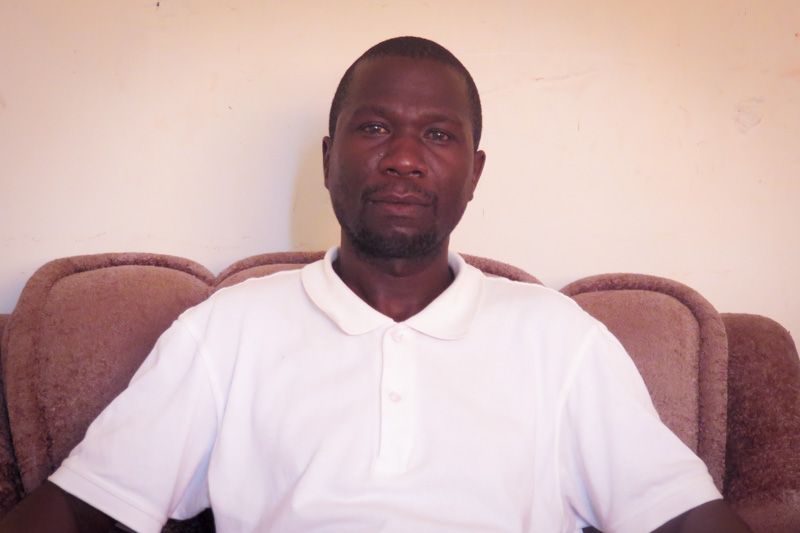 “Chief Kabamba instructed the Sanitation Action Group (SAG) to work hard and ensure every household had a toilet,” Mwape said. He further urged the community to support the most vulnerable groups in constructing latrines such as the aged, handicapped and absolute poor. The SAG is a committee established to sensitize subjects on issues of sanitation and hygiene at village level.

“Before the introduction of CLTS to the area, Chief Kabamba would go out in the chiefdom and would urge his subjects to build latrines and households without latrines were charged,” said Mwape. “Since the aspect of behavioral change was not emphasized, people were prepared to pay anything and continue using the bush to defecate,” he added.

Chief Kabamba did the last verification process in Kabamba Ward during which he inspected each household to ensure all of them had latrines. This was after a combined team of officials from the Ministry of Local Government and Housing, and the Ministry of Chiefs and Traditional Affairs inspected the area to verify if the area was open defecation free under the CLTS programme.

“Being the person responsible for coordinating the implementation of CLTS in Serenje District, I feel honored to be associated with this achievement,” Tumba Mupango, Akros Surveillance Officer said. “I am certain that the area will maintain this adequate sanitation as CLTS places much emphasis on the use of no government subsidies, use of local materials and the involvement of traditional leaders in communities,” she said.

Asked what he does now that the area is open defecation free and what this means to him, he stated that his role has shifted to interval inspection of the villages to ensure they maintain adequate sanitation. Attaining open defecation status means people in Kabamba Ward can now live in a safe and clean environment, free from disease.

“CLTS has been very successful as it has allowed the local community to play a leading role from inception through to implementation,” said David Sakala, Serenje Rural Water and Sanitation Coordinator, who is also the CLTS focal point person. He further added that he would try and incorporate CLTS in the Local Authority’s annual work plan so that it became more sustainable.

Before becoming a Champion, Mwapa and his wife Gladys founded a community school named Maipalile which meets the basic educational needs of vulnerable children in his community. Upon it opening in 2003, it enrolled about 155 pupils some of who are in their final grade at nearby government secondary schools.

Mwape has also in the past worked for CARE International and Africare as a care giver. He possesses a certificate in Electrical Engineering and has received training as a trainer of trainers in life skills.