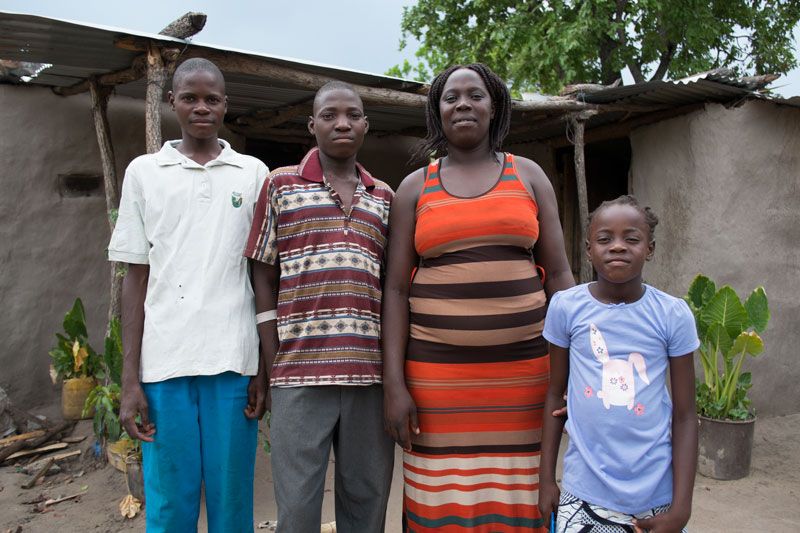 The feasibility of Malaria Elimination in Kazungula District

The World Health Organisation defines malaria elimination as the permanent interruption of local mosquito-borne malaria transmission in a defined geographical area, usually at the country level. Zambia‘s National Malaria Strategic Plan of 2011-2015 calls for the establishment of five malaria free zones. With 2015 being a few weeks from now, we follow up on Kazungula District where malaria prevalence has drastically reduced over the years in order to ascertain the possibility of elimination.

Kazungula District lies on the north bank of Zambezi River about 70 km west of Livingstone, Zambia’s tourist capital. It is almost at the quadripoint where four countries nearly meet, namely Zambia, Namibia, Botswana and Zimbabwe. In this case, Kazungula risks importing and exporting malaria among these countries making elimination in the area difficult to achieve.

In spite of this challenge, a review of records at 22 Rural Health Centres in Kazungula District proves that the incidence of malaria has reduced from 50 persons per 1000 population in 2005 to 5 persons per 1000 population in 2014. These data were reported by Tolbert Shaba, acting Kazungula district medical officer. Mr. Shaba attributed the drastic reduction to vector control measures that include indoor residual spraying and the promotion of insecticide treated mosquito nets, intermittent preventive treatment of malaria in pregnancy and prompt, effective treatment using artemisinin-based combination therapies coupled with massive sensitization. “Before sensitization, we had misconceptions on how malaria is transmitted such as being soaked in the rain, eating unripe mangoes and sugar cane,” said Jackine Chitemba, a resident of nearby village.

The reduction can also be attributed largely to a system of enhanced community malaria surveillance which was introduced to the area in 2012 by the Government of the Republic of Zambia with technical assistance from Akros and MACEPA. This system consists of expanding two surveillance components, passive and reactive case detection, into the community setting. Passive case detection describes testing symptomatic individuals suspected of having malaria who have presented at a local health facility, or to a trained community health worker.

Individuals who test positive by rapid diagnostic test (RDT) are then treated with an antimalarial or referred as appropriate. Confirmed positive individuals are termed ‘index cases’ and enrolled in a reactive response that consists of testing and treating malaria-positive family members and neighbours living within a 140m radius around the incident house. “We are the first point of contact in the community, bestowed with the responsibility of screening suspected cases of malaria, testing and treating positive cases,” said Precious Wamusheke, a community health worker trained by Akros and the GRZ. She also stated that complicated cases of malaria and pregnant women are referred to the nearest health centre.

“Malaria has greatly reduced in the area, we currently do not record deaths related to malaria and our workload has greatly reduced,” said Laite Hanzonde, officer in charge at Mandia Rural Health Center in Kazungula. He further said that a malaria free district was possible with full community participation. This was important as it would mean reduced mortality and healthier communities.

With continued malaria surveillance and improved preventive and control measures, Kazungula District has been set on a clear path towards elimination. It is evident that malaria elimination will not only greatly reduce child and maternal mortality but will also enable the Zambian government to allocate more resources to ventures that directly attack absolute poverty and contribute to the achievement of other Millennium Development Goals.