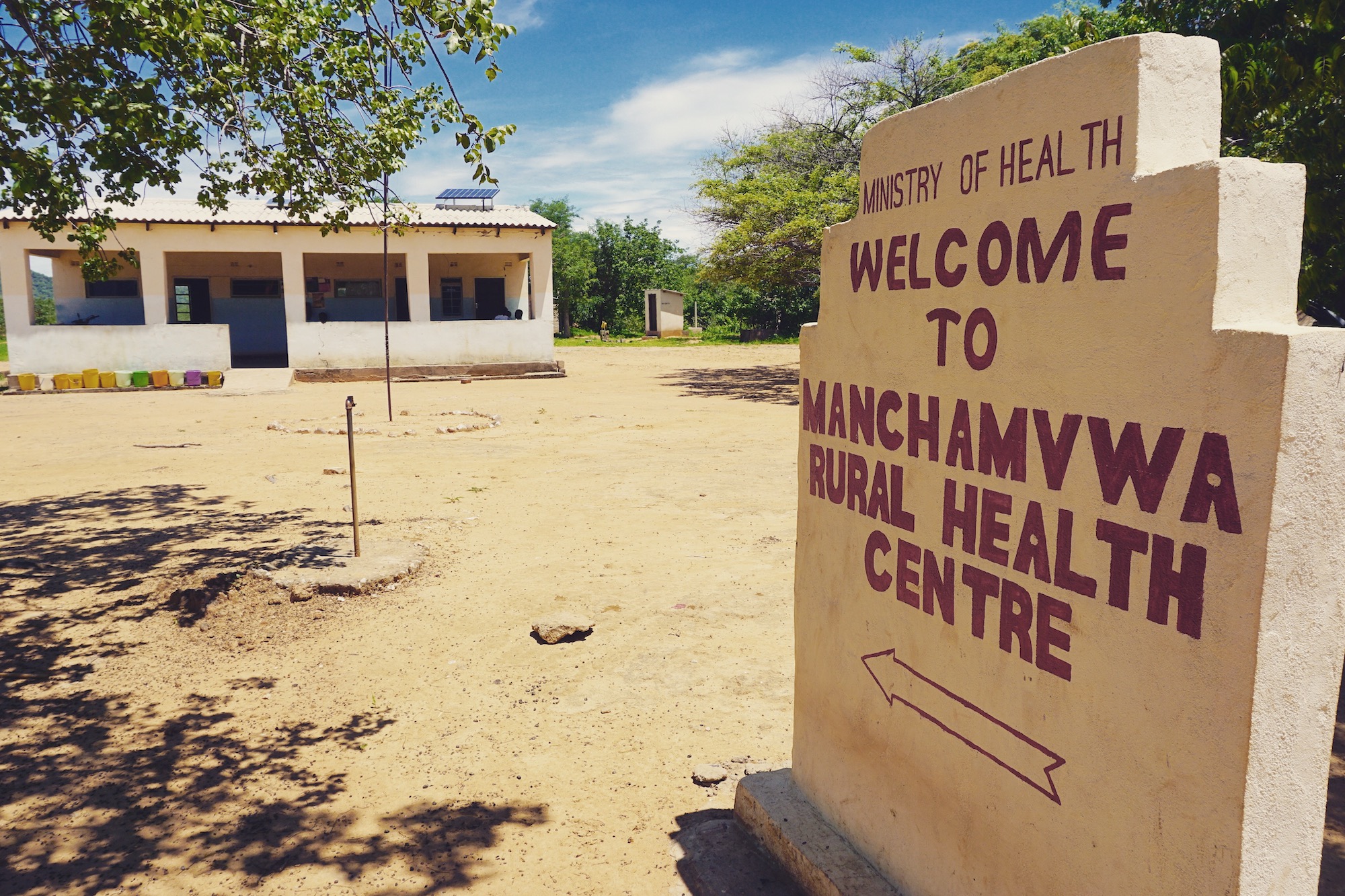 Deep in Zambia’s Southern Province, in a town a three-hour drive away from the district’s largest city and economic hub (Siavonga), lies Manchamvwa Health Facility. This clinic serves as the focal point for the health needs of hundreds of people who live in the surrounding villages, and as such, is often overwhelmed with the many health needs of its patients. Malaria season in particular tends to put a great strain on the facility, with peak periods in previous years seeing anywhere from 100 to 200 cases per month.

Over the last couple of years, the Government of the Republic of Zambia (GRZ), with the assistance of Akros and PATH’s Bill and Melinda Gates Foundation-funded Malaria Control and Elimination Partnership in Africa (MACEPA), have been working with the National Malaria Elimination Program district staff to overcome these numbers and improve the health of the local community by using geospatial technology to optimize indoor residual spraying (IRS) campaigns. Recently, the two organizations teamed up again to be the first to ever use Reveal’s spatial intelligence approach to maximize reach and ensure accountability in a mass drug administration (MDA) campaign that distributed antimalarials to the doorstep of each community member in three districts of Southern Province.

The recent history of malaria in Southern Province is one of resounding progress thus far. Due to its proximity to Lake Kariba’s glistening, still water, it is unfortunately a heavily malaria-burdened region by nature. But malaria in this region is highly seasonal, linked to the annual arrival of rainfall from December to April, leaving ample overgrowth and standing water—prime mosquito-breeding real estate. This seasonality provides an attractive window through which most interventions have taken aim. The result has been an impressive decrease in prevalence of malaria parasitaemia among children less than five years of age, from 15.5% in 2006, to 5.5% in 2010, and 0.0% in 2018.1,2 Trends like these make Southern Province appealing as a prime candidate for malaria elimination. However, despite overall improvement in the province’s malaria burden at large, districts directly adjacent to the lake are still at higher risk, as malaria cases have shown to be persistently high in some health facilities despite ongoing interventions.

To propel Southern Province closer to elimination, in 2014 MACEPA supported the national program with a malaria MDA research study in the Southern Province districts lining Lake Kariba, an area with an estimated population of 300,000 people. The rapid malaria reduction in the study area resulted in Zambia adding MDA to its arsenal of interventions in 2017. The country’s experience of malaria MDA—two rounds with one month in between doses­—has shown it to be an effective intervention in areas with a strong foundation of vector control, case management, and surveillance. Recognizing that MDA campaigns are most effective when every household and individual in the targeted region are reached, MACEPA engaged Akros for its technical expertise in introducing Reveal as a novel approach to maximize the impact of MDA for malaria control and elimination in this area.

An earlier rendition of Reveal—a system that uses a geospatial approach for program tracking, management, and analysis—had previously been used by Akros and other implementing partners to maximize the impact of IRS efforts in Zambia’s Eastern and Southern Provinces. Since then, Reveal has become a core part of the suite of tools from the Digital Solutions for Malaria Elimination project. Building on those achievements, Akros, in partnership with Ona, adapted its technology to fit the MDA context, and applied its experience using spatial intelligence to identify and target households to prevent them from being missed due to operational challenges or simply due to the fact that they are off the beaten path. Through the Reveal process, all houses across the area are first mapped using satellite imagery, providing a base map useful for planning and prioritizing the intervention. MDA teams then use the Google Maps-like in-field navigation application to guide them to each doorstep and log whether or not someone was home and accepted the antimalarials. Three days later, MDA teams return to these same houses to follow up on whether or not the drugs were taken, and can log this information in the application as well.

Putting this technology in the hands of the actual teams on the ground not only drives higher coverage of targeted areas, but it also gives them a visual sense of agency over the program’s outcomes. Luther Savita, a community health worker working on this campaign in Siavonga District, has had his hands full this year distributing antimalarials door-to-door. In his view, using Reveal is a considerable time-saver and helps him do his job better, “The map is the most helpful, especially the GPS component—I can’t get lost with it. We often go to some remote villages that we don’t know very well; it helps us find them (and their homes) and also find our way back.” Luther attended a training session that coached community health workers on how to use the in-field application, and since he already knew how to use a smartphone, found it quite intuitive and easy to pick up on. Speaking on behalf of his team, “We feel good because we’re helping people to be healthy. If we don’t do this work, no one will. And with this technology, we’re also learning new skills at the same time.”

On the administrative side of operations, Reveal also pulls its weight in aiding district and health facility project leads with planning. Through accurate health facility population distribution maps, they are able to identify which communities should be targeted for MDA, guide delivery to those targeted communities, monitor accurately reported coverage data in near real time, and drive corrective decision making toward communities that reported low coverage. A key component of this work is decentralizing decision making by giving in-field staff a degree of control in determining how to achieve their coverage targets, especially when teams are in remote areas and offline. This is achieved through offline generation of on-app indicators by syncing data between teams in the same area. Doing so means that all field teams can see each other’s work, thereby clearly understanding coverage and which structures still need to be visited before leaving the field altogether. When MDA teams are working within mobile phone signal, project leads can see monitor progress as it unfolds, allowing for data collection teams to be managed remotely. When teams are too far-flung to be within range, data are synced from their mobile devices to the main system at the end of each day, once they have returned to the nearest larger town with phone signal. This degree of control reduces the number of staff necessary for project management, and allows for remote management of several areas simultaneously, if need be.

For the first time ever, an MDA campaign is abolishing the guesswork when it comes to calculating their true coverage and impact. Using the Reveal approach, GRZ, Akros, and PATH MACEPA are minimizing the chances of anyone, no matter how remote, being left behind on the journey toward malaria elimination in Zambia’s Southern Province.