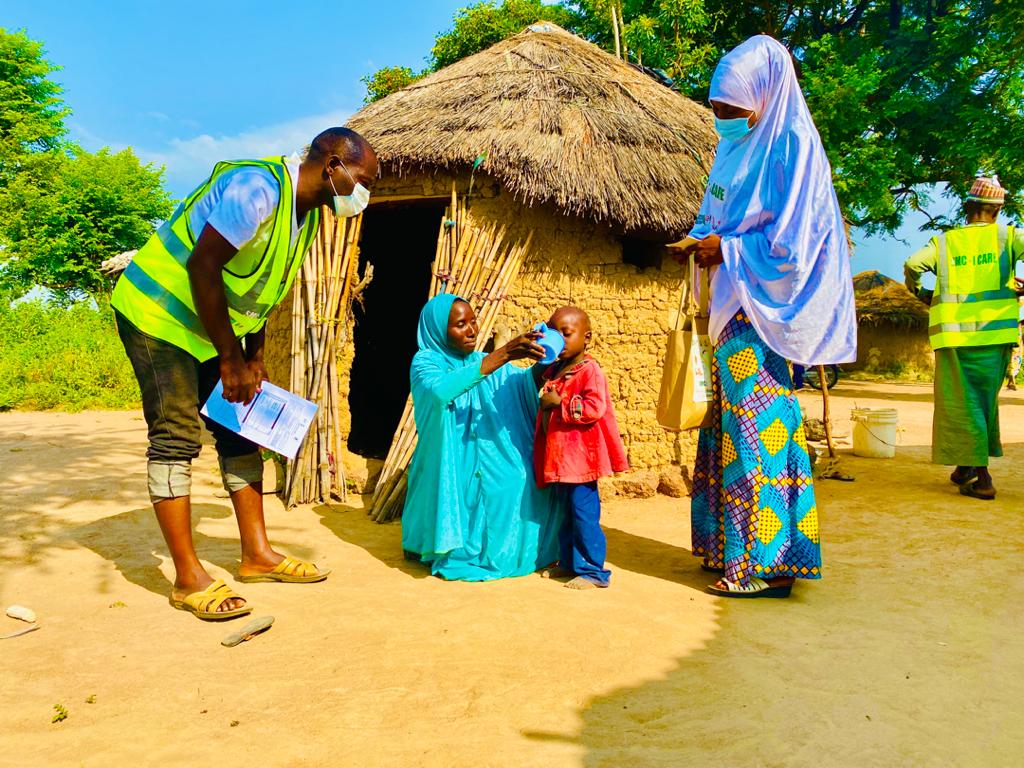 Nigeria encompasses a unique and significant role in Africa. Not only is it the continent’s most populous country, clocking in at 206 million people, but it also is also the continent’s largest economy (with a total GDP of $441 billion in 2021). However, it also maintains a less desirable superlative title, which is that it bears the highest burden of malaria deaths on the continent, and 27% of all malaria deaths worldwide in 2020. In raw numbers, this amounts to an estimated 64.5 million cases annually. As a result, the public health challenge of malaria in Nigeria is enormous, and the stakes are high. Though Nigeria’s National Malaria Elimination Program (NMEP) has risen to meet this challenge consistently throughout the years, attaining the goal of reducing malaria morbidity to less than 10% parasite prevalence and mortality attributable to malaria to less than 50 deaths per 1,000 by 2025 is far from guaranteed. One key in realizing this goal is seasonal malaria chemoprevention (SMC), which typically consists of routine administration of two antimalarial drugs to children 3 to 59 months of age during the peak months of malaria transmission. Malaria Consortium and Akros worked with the Nigeria NMEP to support the planning, tracking, and delivery of SMC in six rural health facility catchments in the Shagari local government area of Sokoto State, Nigeria in 2021.

As is the case with many health interventions, campaign planning is often based on inaccurate target population data, and suffers from difficulties in coordinating community drug distributors (CDDs) field movement, and inaccurate and untimely coverage data from paper-based monitoring tools. To meet this challenge, Akros worked with the NMEP and Malaria Consortium to configure Reveal for SMC; Reveal provides accurate and precise digitized structure count and population data to enable accurate campaign planning, guide CDDs to deliver SMC to house-to-house, and support real-time decision-making during the monitoring and evaluation phases that drive improved coverage, resource efficiency, and impact. The partnership also served to facilitate the scale-up of Nigeria’s national digitization strategy, including scalable cost-effective training and community-driven development of the Reveal platform.

From July to October 2021, the Nigeria NMEP, with support from Malaria Consortium and Akros, used Reveal to guide and track delivery of four cycles of SMC to children aged 3 to 59 months. Despite security concerns and subsequent telenetwork connectivity difficulties, over the course of the four Reveal-supported cycles of SMC, field teams were able to steadily increase structure visitation coverage from 43% in Cycle 1 to 47%, 63%, and 66% in subsequent cycles, respectively, across all communities within the project area. Teams increased the number of children receiving treatment from 7,568 in Cycle 1 to 9,782 in Cycle 4. Likewise, the proportion of eligible children treated also increased from 69% in Cycle 1 to 87%, 89%, and 92% in subsequent cycles, respectively. Additionally, a comparison to the Cycle 4 data in 2020 (based on paper data collection) indicates an increase of more than 6% of children treated (from 9,196 children in 2020 to 9,782 in 2021 using Reveal).

The project represented a noteworthy phase of growth for Reveal, which had only been deployed in Southern and Eastern Africa prior to this partnership. Since this expansion into West Africa, Reveal has grown its sphere of influence to improve health intervention reach and reporting in other countries in the region, including Senegal and Mali. Reveal has also since undergone a full architecture upgrade to streamline its data flow processes with an eye towards scalability, sustainability, and interoperability with other established digital health platforms. With ongoing discussions with Nigeria and others to integrate the Reveal platform into future SMC programming (including joint mass drug administration campaigns for neglected tropical diseases and Vitamin A distribution among others) the future of digital solutions for malaria control and elimination appears hopeful as the community expands and further integrates its toolbox to tackle its malaria challenge head-on with geospatial precision.