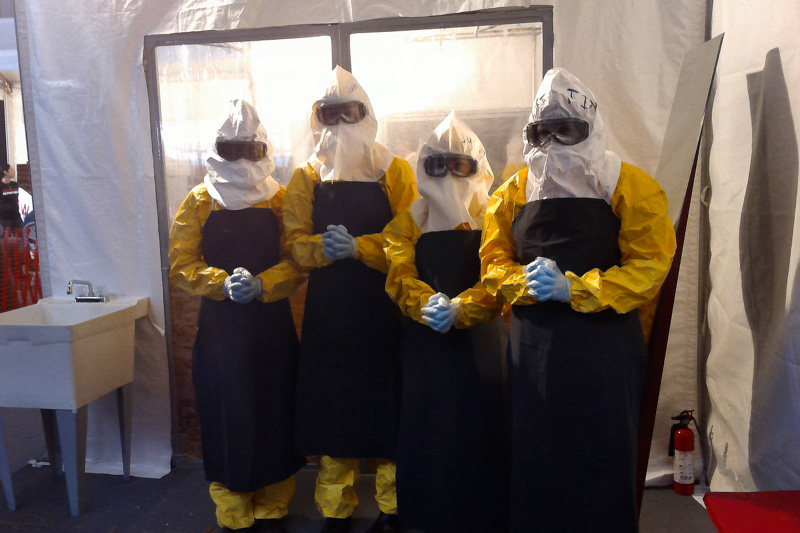 Clinical sessions included topics such as following up on neglected tropical diseases, the fight against HIV and the development of vaccines for diseases such as malaria. The virology session mostly focused on interface between human health and animal diseases. Various viral infections were discussed including Ebola, Dengue, Chikungunya and West Nile outbreaks. Some groups centred their discussion on the preparedness and the control of viral infection. As attendees we got the opportunity to experience the replica Ebola Treatment Unit (ETU) and to speak with doctors who were on the front lines in West Africa. We also got to see first-hand what it was like to suit up in a protective suit.

The poster presentations were set up before lunch time to accord people a chance to visit them as they had their meals. These sessions had the same themes as the oral presentations.

During the ASTMH conference I realized how important it is to interact with scientists from various fields as knowledge is transferable. Also new techniques are being developed every day and we can introduce some of these techniques in our work here at Akros. There is a need for scientists to collaborate and to share ideas in order for us to make a difference in the lives of many people who are affected by the various diseases that ravage our communities.

Overall, the meeting was very informative and I feel that attending the ASTMH meeting has really helped me a lot. It has put things more into perspective concerning my field of research and it also gave me a platform to speak to various scientists who were very helpful with giving ideas concerning failing experiments. I thank my supervisor Dr. Daniel Bridges for giving me this great opportunity to attend the conference. I strongly recommend that attending meetings of this nature is encouraged most especially to enable us to get exposed to cutting edge science, connect with other scientists who may be our potential partners in research and experience competitive research.

Sandra Chishimba is a Laboratory Technologist at Akros. A postgraduate in Infection and Immunity from the Erasmus Medical Center (MC) Rotterdam, the Netherlands, she has interests in researching both communicable and non-communicable diseases.