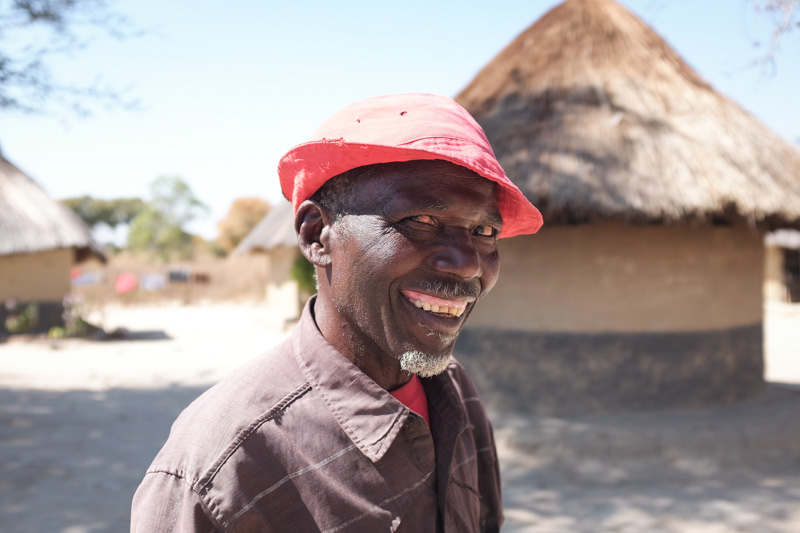 “The Professor” Charles Mwiinga on life as a teacher, farmer, and Community Champion

By Andy Prinsen on November 19, 2017 in News, Water and Sanitation Health

I’ve realized that, in Zambia, almost everything is done in groups. I’ve arrived at a village called Ngandu Jakalasi expecting a short sit-down interview with a certain Mr. Mwiinga, but am instead greeted by every adult in the village, beginning to spread out on blankets and on logs. “Yes, everything in groups,” laughs my companion, Akros Surveillance Officer Anne Mutunda. “It’s the way we do transparency!” she muses, though I think she’s actually quite serious.

When my subject arrives I am at first a bit confused because my preparation notes say the man is 70. Instead the man I meet is spry-looking, wearing a trim gray goatee, a mischievous grin and a red bucket hat. After we exchange greetings and have a seat on opposing logs, ingeniously supported about a foot and a half above the ground by separate, y-shaped logs, I ask him about this apparent age discrepancy. “I am 70!” he tells me, “though I feel younger than that. Look, I can even run!” he says as he springs back up from his log and gives a demonstrative lap around the collected audience who clap and laugh in approval.

He attributes much of this energy to his having been a teacher for 20 years, first in Zambia’s Western Province and then in its Southern Province. When Mr. Mwiinga was a boy, his uncle was a teacher, and he envied the man, who he saw as getting to spend enjoyable days with the children of his class, having fun while passing down knowledge. So go into teaching he did, and successfully, rising through the ranks of teacher and head teacher and, eventually, school principal. He says his job was difficult at first – the schools at times had no materials. As the years went on, the job got easier as he knew more of what to expect.

In 1990 he retired from teaching and decided to return home. He had grown up in the village and he wanted to return. “I was brought up as the son of a farmer so I decided to come back and farm,” he said. “We depend on the farms. We grow what we eat.” He now grows cabbage, tomatoes, onions, rape, and sometimes carrots. Though he had begun his new “retired” life as a farmer, Charles was still a connector of people – he maintained his teacher’s proclivity for explaining things in ways people could understand. (He has been given the nickname “The Professor” in his community as a result.) It was likely for this reason that the Environmental Health Technician (EHT) for his community chose him to attend a workshop in Mazabuka when the first training for Community Champions began. “I didn’t know exactly what it was but I went,” he said.

Charles was there introduced to the idea of villages working toward becoming open defecation free (ODF), an idea brought about by the community-led total sanitation principals (CLTS) developed by UNICEF and introduced at the community level by trainings led by Akros. The ODF movement encourages communities to construct and begin using latrine toilets rather than defecating in “the bush” or in the open where flies and animals can get to the waste and spread it around the community on their feet, contaminating food and potentially causing sickness and disease.

“We were used to open defecation,” said Mr. Mwiinga. “It was challenging for the instructors to convince even us of the need for change.”

But Charles and his fellow Community Champions (CC) were eventually convinced of the importance of this movement, and began sharing the message with their communities. “Being a CC was challenging, but rewarding,” he said. “We were going from place to place trying to convince people that open defecation was a thing of the past, that they should have shame and disgust at it. I remember one of the first times we held a meeting and triggered at a nearby village. Some people, upon seeing the link between the feces and the food carried by the flies would even vomit! These things, these feces, are not meant to be with us. After that most people realized how important it is to have a toilet.”

He has seen swift change in his community as he continues to share with them the importance of using toilets. In a village of 19 households, where just a few years ago there were virtually no toilets, 15 now use toilets, with plans for more to be built. He said that, interestingly, one of the drivers of toilet construction in his area are children, who are becoming accustomed to using toilets at school. “These children say, ‘we don’t just go in the open at school why should we do it here?’” said Mr. Mwiinga.

The uptick in toilet use, from Mr. Mwiinga’s perspective, seems to be doing more than reducing the chances of stepping in something unpleasant on your walk from place to place. He said that in 2012, coughs and water-borne diseases were rampant, but that when you go to clinics now, diarrhea is down and diseases brought by flies are down.

Charles has also led the construction of tippy taps in the areas he oversees – easy to build and upkeep devices that allow someone to wash their hands after using the toilet. “It is almost like a game for the children,” he says. “I put five liters in the tippy tap in the morning and by the evening it’s gone! ‘Grandfather, let me go to the toilet,’ they say. It’s because they want to wash their hands with the tip tap!”

Mr. Mwiinga sees himself as a lifelong civil servant. “I thought I should continue to improve the lives of my people,” he said. “Growing up, we didn’t know why we were sick so often. We thought maybe we didn’t eat properly, or perhaps we ate too much. Now we know more of the reasons. I really want my people to change from the old system of life to the modern system. I want the toilets to improve even from the state they’re in now.” 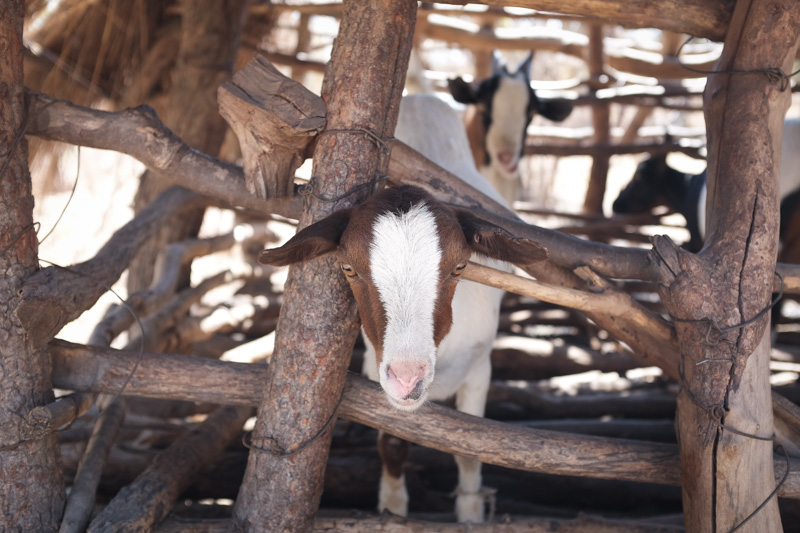 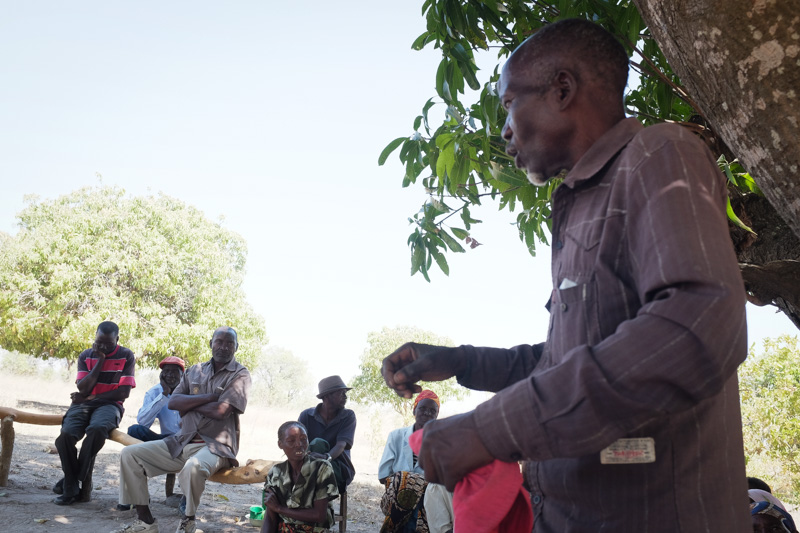 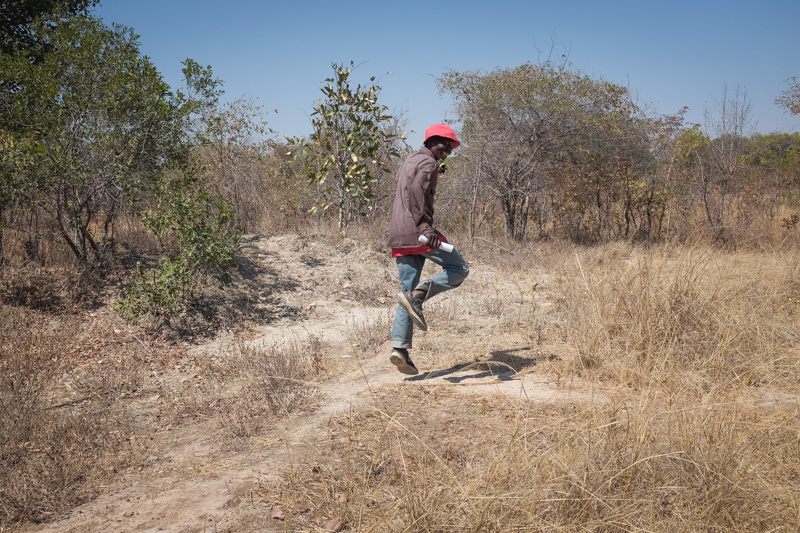 Andy Prinsen is Communications Lead for Akros. He has a masters degree in public affairs and a bachelors in journalism, both from Indiana University. He specializes in visual communication and photography. 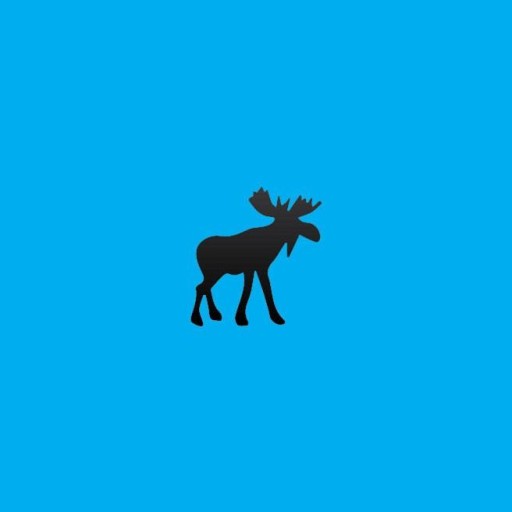