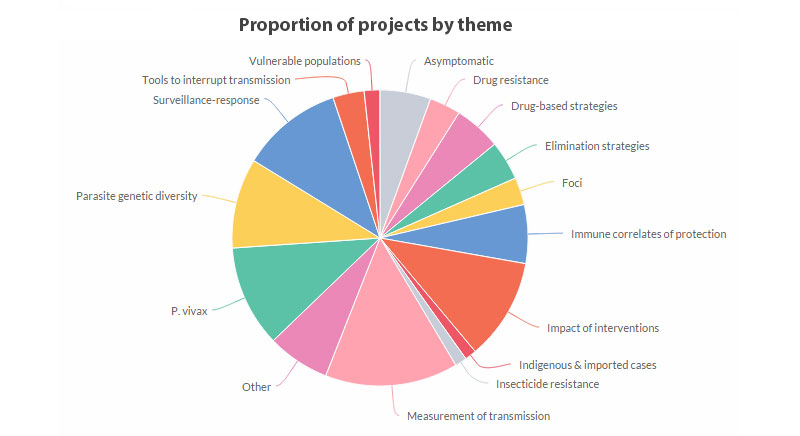 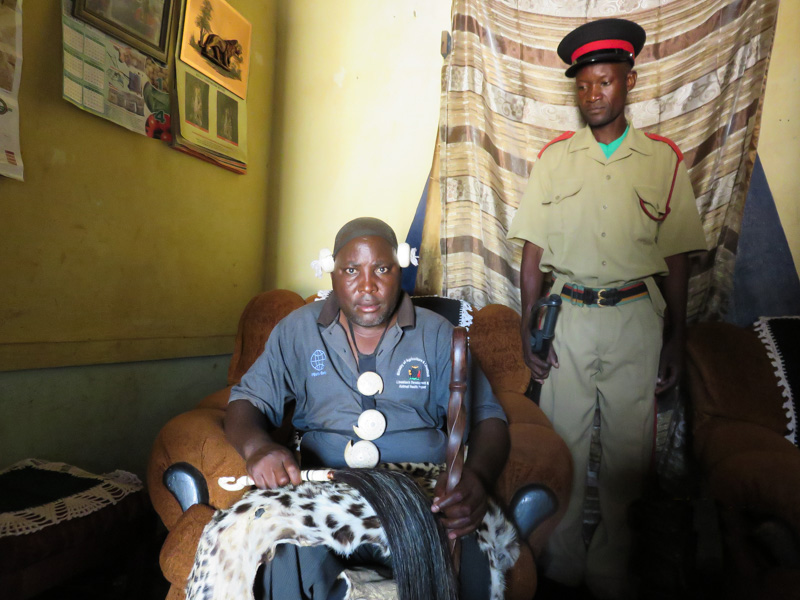 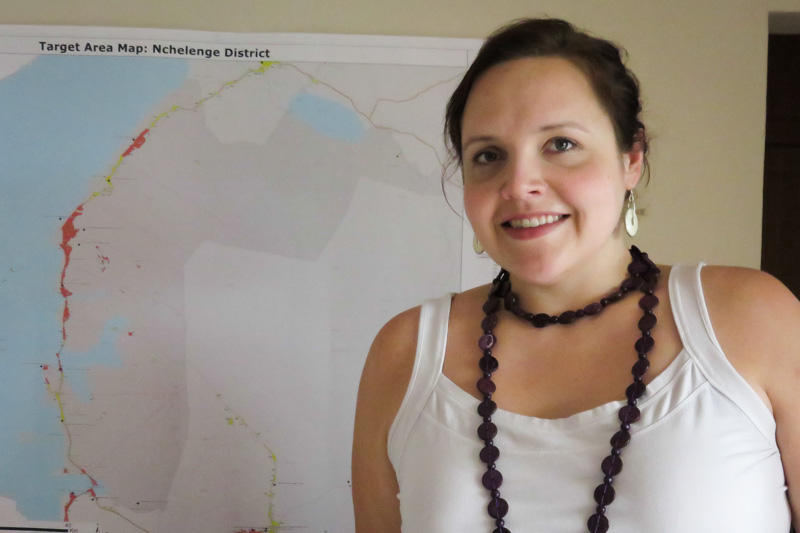 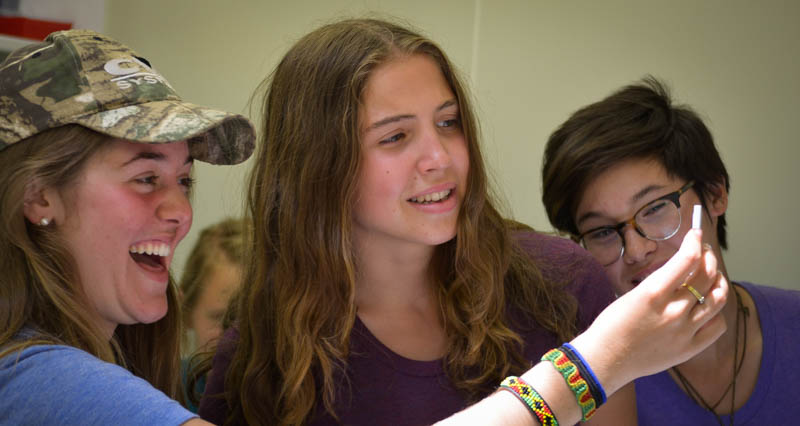 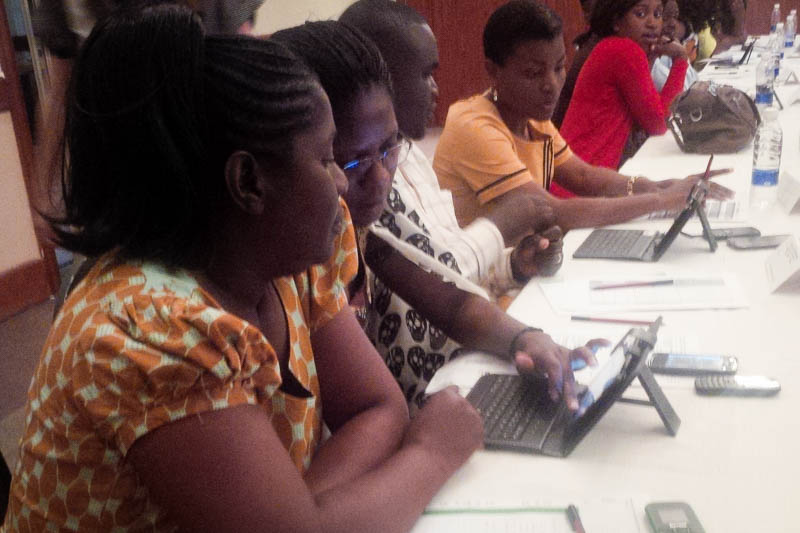 Farm block sanitation through the eyes of a community champion

Laying on the Great North Road, North East of Kapiri Mposhi in Central province is Mkushi District. With a population of around 150,000, Mkushi is well known for its commercial farms. It has since become one of Zambia’s leading agricultural districts with a consistent bumper harvest of maize, soya beans, tobacco and wheat.

In spite of Mkushi’s addition to Zambia’s GDP, it faces a great challenge in ensuring adequate sanitation for its communities. The farm block areas are no exception as evidenced from what I saw as I travelled through selected parts of the district. One farm we visited was made up of 53 households with a population of 275, yet it shared just four latrines.

One might wonder how this comes to be. Farms are comprised of casual workers and permanent workers, but most farm owners build houses for only the permanent workers. The casual workers are forced to build their own houses and mostly do not build latrines. The housing is unplanned and is done in a temporary, disorderly manner. The workers move to the farms with their families, some farms hosting as many as 80 families. 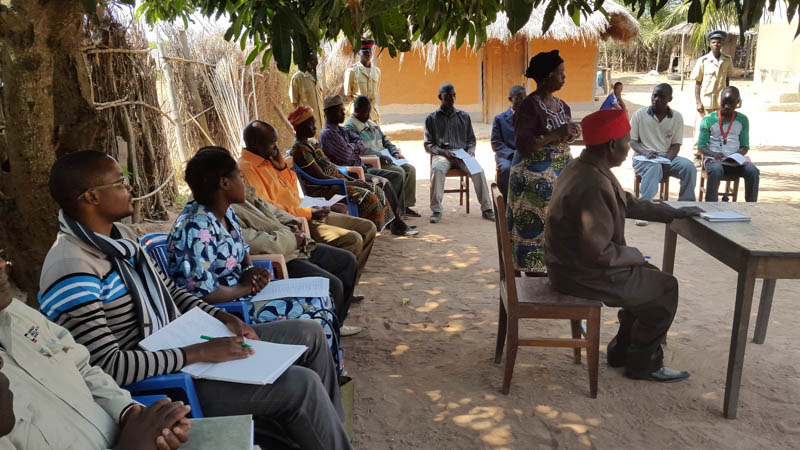 The Akros WASH team has been recognized again for their work in the Community-Led Total Sanitation Program. The May issue of the Zambia National Sanitation Programme’s newsletter contributes the entire first page to highlighting the progress in sanitation health across the country spearheaded by the Akros team.

In an excerpt from the newsletter, the author writes:

Akros developed an innovative and concise surveillance platform using low-cost mobile phones combined with simple protocols for reporting and analysis – protocols which could be easily managed by local counterparts. The protocols and tools were piloted in September of 2013, then rapidly scaled through October and November. … These numbers are impressive, in fact unprecedented, for the sub-Saharan Africa region. Even more impressive is that the Akros WASH team has achieved these gains at a fraction of the normal cost for CLTS management. 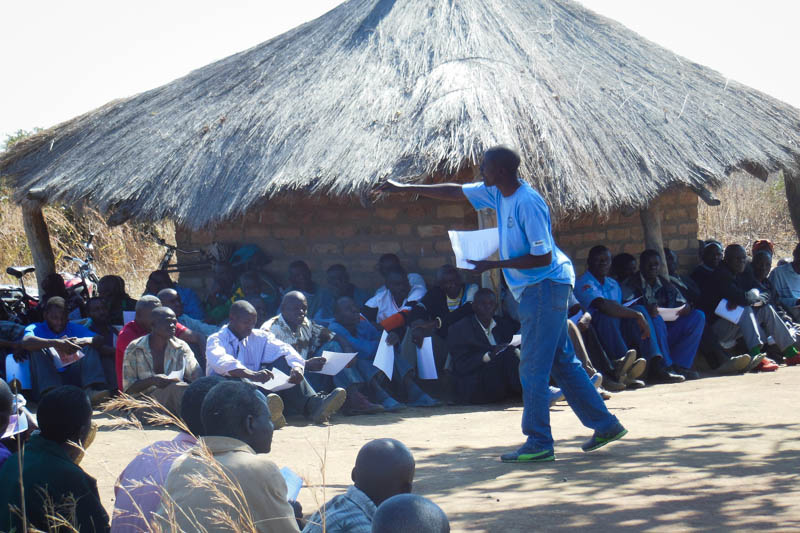 By Scott Russpatrick on July 11, 2014 in News, Water and Sanitation Health

In my work as a Peace Corps Volunteer assigned to the Akros WASH Program, I was recently sent to the Chiefdom of Nalubamba in southern Zambia. We knew from our mHealth database that nearly 80% of the population there was living without adequate sanitation, meaning they did not have any form of toilet or hand washing facilities. I was with one of our community champions named Chris Malambo. He is in his mid 30’s and has the slender build of a Zambian farmer, working most days in the hot maize fields of his small patch of land in Chona Chiefdom. Chris had come along on this visit because there had been difficulty convincing the traditional chief of his villages’ sanitation problem. “We have our own reporting methods showing we have good sanitation and your reports are flawed!” the chief argued when we presented him with our data. Chris had shown a certain gift for changing minds and we would soon see his talents in action.

How can something so small be one of the deadliest

On the eve of this World Malaria Day, the world's