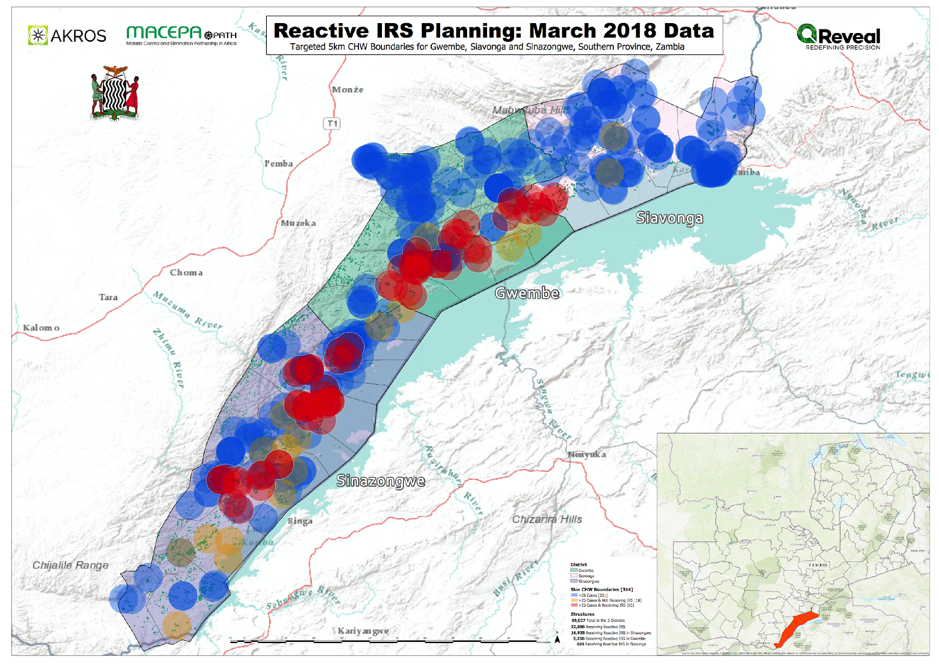 As a spatial epidemiology PhD student, I was drawn to questions about how the environment relates to and facilitates vector-borne disease (diseases that are spread by vectors like mosquitos). These questions and interests tend to lead spatial epidemiology graduate school students (like I was) straight into the land of building spatial models. We effectively try to understand how measures like wetness, greenness, and elevation may combine mathematically to tell us where high numbers of mosquitoes live. If those mosquitoes live near human hosts, or even animals, there may be greater risk of vector-borne diseases.

So, I too built a lot of maps and models during graduate school. I mapped the risk of West Nile virus (WNV) in Colorado, USA. At the time, WNV had, somewhat shockingly, erupted in that region of the US. I also modeled human plague in Uganda—effectively developing maps to precisely depict areas at high and low risk of plague transmission. “Target interventions where it’s red” was the more-or-less summary, where red equaled high-risk areas. Point made. Thesis closed. Safe on the shelf.

But here I sit on the other end of the world, far away from hallowed academic halls that are often lined with dead dissertations and theses like mine. Here in southern Africa, disease transmission is much more tangible. Before, I read about death rates due to malaria and HIV from my school in Colorado, US. Here, I witness the impact of those death rates every day when I drop my kids off at school—new graves being dug closer and closer to the road. I am involved with a local school that is inundated with orphans and vulnerable children—even from one of the more affluent regions of Zambia. In this environment, high morbidity and mortality rates are incessant. Help is highly dependent on securing increasingly limited resources. Navigating the challenging logistics of getting those resources to the right people at the right time and in the right place are often broken. However, despite the acute need to target limited resources, mapping approaches like the one I developed in school are rarely seen nor used to inform interventions.

It is time for the public health community—both globally and locally—to do business differently. It’s time to more appropriately lean on the idea of spatial intelligence through epidemiological and map-based approaches to inform the practice of intervention planning and delivery. Academic, math-based modeling can lend a good understanding of where and how we should focus our limited resources to save the most lives. “Why aren’t these approaches being actively used?” you might ask. Part of the challenge is a lack of tools and finite planning approaches to translate maps and models into operational, boots on the ground, public health programming decisions. Questions like, “Where are all the houses located?,” “Which houses exactly should receive the intervention based upon the model output?,” and “Has the intervention effectively reached everywhere it was targeted?” are challenging to assess, particularly in regions like here in southern Africa, where so many areas consist of rural villages with no addresses.