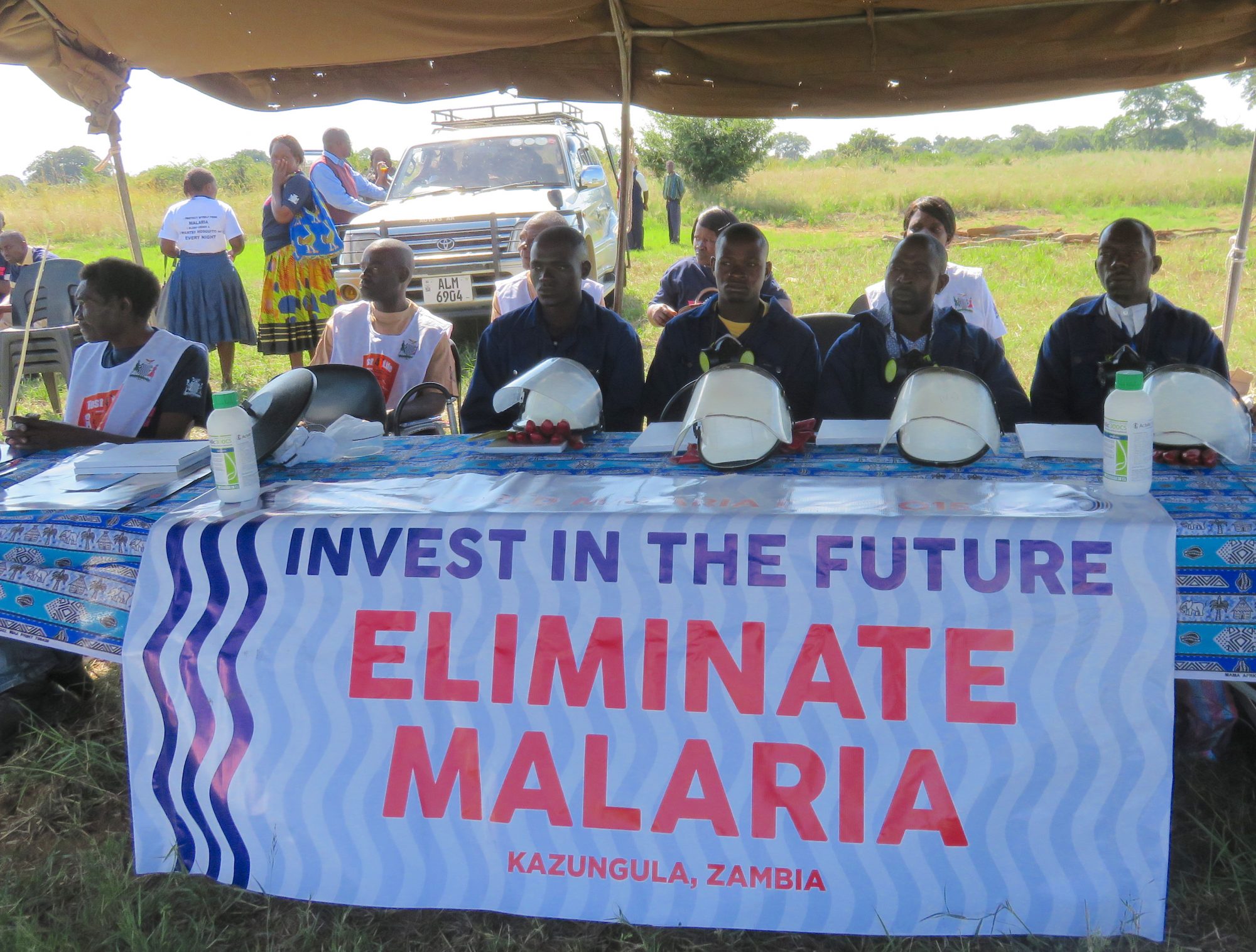 World Malaria Day is celebrated each year on April 25, commemorating the work that has gone into fighting the disease and driving efforts to continue towards its elimination. The theme for this year is “Invest in the future, eliminate malaria.” Zambia will be commemorating the event this year in Livingstone with round table discussions, visits to community health centers, and entertainment all aimed at spreading the malaria elimination agenda.

“World Malaria Day commemorates where we are in the malaria fight and where we are headed,” said Anna Winters, CEO of Akros, an organization working in several facets of malaria control and elimination here in Zambia. “Zambia has made huge strides such that some areas of the country are closing in on elimination,” she said.

Over the past four years Akros has been working with the Government of Zambia on an innovative, community-level malaria surveillance system that leverages community health workers (CHWs) to:

“Community-level malaria surveillance has helped to ensure the district data is a true reflection of the malaria burden because the data is generated by both the Health Facilities and the Community Health Workers,” said Dr. Mwaba Phallon B., District Medical Officer of Kazungula District. “In fact, there are more cases being recorded at the Community level than the health facilities. This helps the district in planning for malaria control activities effectively based on a true representation of the hot spots. Unveiling cases at the community level as well as active detection of cases in the area surrounding the index case also ensures that the parasite is eliminated very quickly without allowing it to multiply. This way, it is envisaged that malaria elimination could be achieved if the program is sustained,” said Dr. Mwaba.

This community-level malaria surveillance approach has already been implemented in 11 districts in Zambia’s Central, Southern, and Western Provinces. 1,500 CHWs have been trained in follow-up, treatment, and reporting protocols required by the system, and the program has already led to an incredible 45.5% increase in the number of malaria cases identified and treated, a huge step forward for Zambia’s malaria elimination agenda. This strategy has also enhanced real time reporting by using a reactive case detection (RCD) protocol and instant transmission of information using phones into the DHIS2 database.

This year’s World Malaria Day commemoration will be held in Kazungula district beginning with a show case of elimination interventions at Kabuyu where Akros, in partnership with the Government and PATH/MACEPA, has worked with CHWs to implement community level malaria surveillance. This occasion is scheduled for 24th April, 2015 beginning at 08:00 hrs and will enable attendees to witness how these intervention efforts are practically deployed in the fight to eliminate malaria. This will be followed by a March Past, song and dance and speeches on Saturday in Livingstone at Mukuni Park.