First female Ward Counselor of Kabamba Speaks Of Her Journey

The word ‘woman’ in certain societies spells weak, dependent, child bearer and incapable. This is not so different in Zambia as evidenced by the gender imbalances in various sectors, decision making positions being one of them. Zambia has started taking steps to correct this imbalance, even electing Ingonge Wina vice president this year. Despite these changes, many girls and women, especially in rural areas, remain trapped in the culturally constructed roles and responsibilities that keep them disadvantaged.

Gladys Yumba became the first female Ward Counselor for Kabamba in the Serenje District of Central Province after being elected to office in 2011. Her position entails linking the council to the people of her ward to enable development. She therefore plays an integral role in identifying needs and priorities of development with the local people and feeding that information in the municipality’s planning process. During her tenure of office, she was appointed to the position of council chairperson, a position she held for two and a half years. 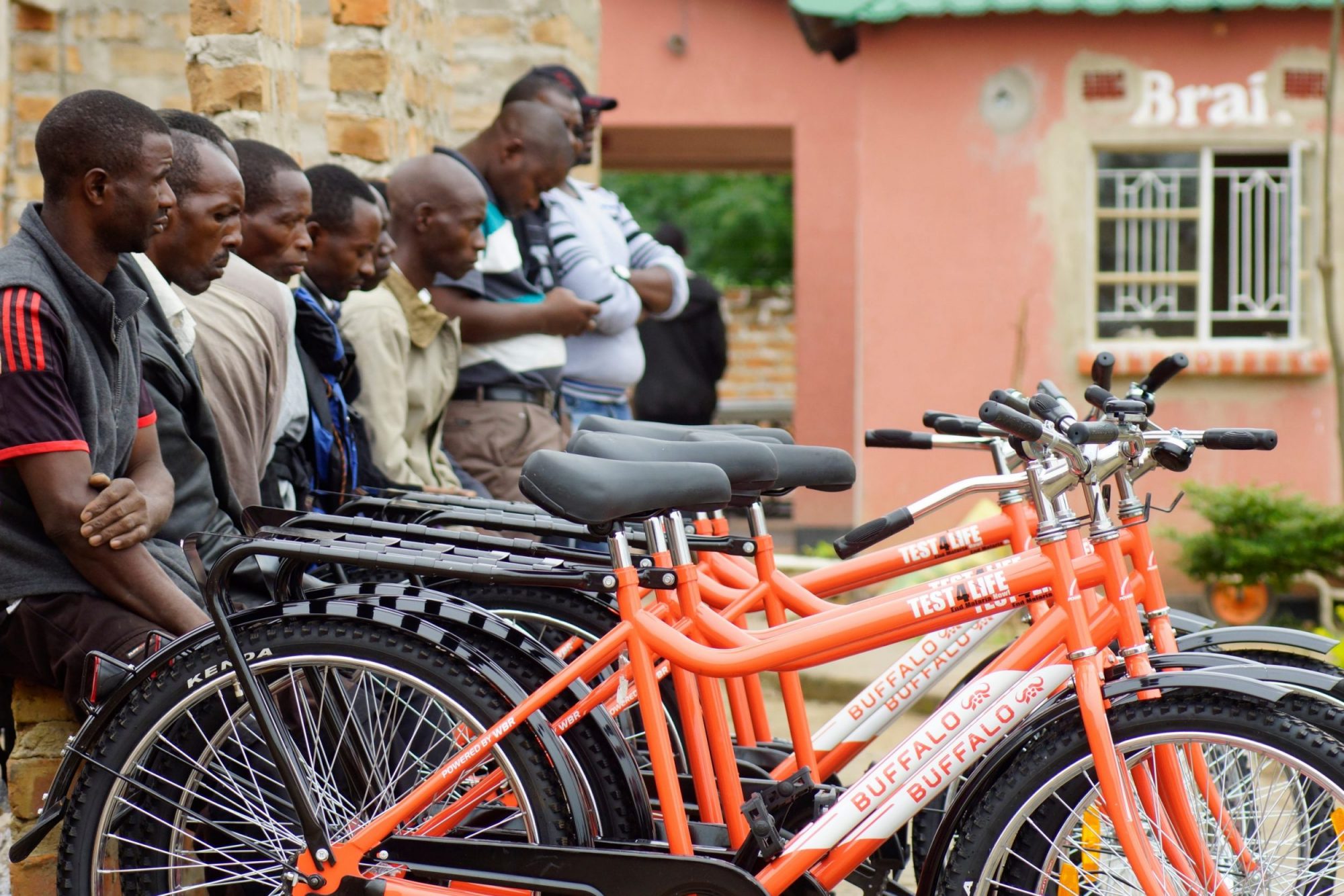 Handover of over 1,000 bicycles for malaria elimination program

The elimination of malaria in five areas of Zambia by 2015 remains an ambitious goal for the Government of Zambia. The National Malaria Control Center (NMCC) under the Ministry of Health is implementing a 3-step strategy in parts of Southern Province to achieve this goal. The first step involves regular and rapid reporting of health facility malaria-related data on a weekly basis. This information, along with other sources is used to decide where Steps 2 and 3 are implemented. Step 2 involves a mass test and treat campaign, where whole villages are tested and treated for malaria if found with the parasite. This activity is targeted at medium to high malaria burden areas mainly along the Lake Kariba area. Step 3 involves the use of volunteer community health workers (CHWs) to follow up on malaria positive patients found at either health facility or health post levels. The CHWs test the patients’ households and their immediate neighbors. This activity has been rolled out in several districts of Southern and parts of Central Province where malaria cases are relatively low, such Kazungula, Namwala, Itezhi-tezhi, and Choma. CHWs carry out this activity voluntarily, and have diligently done so despite having to traverse vast distances in some cases. The NMCC and its partners have recognized this specific challenge and have procured over 1,000 bicycles for CHWs working in Choma, Pemba, Kalomo, Zimba, Monze, Mazabuka, Chikankata, Mumbwa, and Shibuyunji districts. This will hopefully ease some of the difficulties they face in trying to follow up on these cases in their communities.

The bicycles being given away are painted a bright orange representing the “Test4Life” Campaign, which urges the community at large to get tested for malaria before receiving treatment. The Government and its partners remain committed to eliminating malaria in these regions and ultimately in the whole country.